Kitchen Skills That'll Save Weeks Of Your Life

Share with friends
Views: 4110
Comments: 0
One of the reasons why so many people are obese is that they’re not cooking their food from scratch. Instead, they’re grabbing meals from outside the home which are highly palatable and extremely unhealthy. Research shows that people who cook their own meals not only have a lower weight but are also much less likely to feel depressed or get terrible diseases once they hit their 50s and 60s.
But one of the biggest stumbling blocks to making a lifestyle change and cooking more often is the time it takes. Putting together a meal from scratch using only raw ingredients can seem like a monumental task, especially if you’re not used to it. It’s enough to put you off cooking altogether and make you want to pick up the phone and order a takeaway.
Although there’s no getting around the fact that cooking a meal from scratch takes effort, you can make things easier for yourself by learning some kitchen skills. Here are the skills that’ll literally save weeks of your life.
Making Big Batches Of Soup
Soup from a tin is high in salt and not particularly flavorsome or healthy. Soup you make yourself, however, is a totally different animal. What’s great about homemade soup is that you can make it anytime you like and it’ll last you for days. What’s more, you can load it up with amazing vegetables and spices that’ll leave you feeling energized and ready to face the world.

Pixabay
Making soups essentially consists of three stages. The first stage is to chop the vegetables and collect up the ingredients. The next is to make the stock. You can either buy ready-made stock, or you can make your own, depending on how much time you have. For vegetable stocks, fry up onion, celery, and carrot in the bottom of a pan and then add bay leaves, salt, and pepper once you’ve added the boiling water. The third and final stage is to put all the vegetables and beans into the boiling stock and leave to simmer until the soup is cooked. If you like your soup to be smooth, let the soup cool slightly and then pour into a blender before pouring back into the pan for a final round of heating.
Knife Skills
When you cook from scratch, the first thing you notice is that chopping takes up the majority of your time. What’s more, when you’ve got really sharp chef’s knives from top brands like Kamikoto, you need to be careful of your fingers. It’s for these reasons that it’s important to learn knife skills.

Pixabay
The first thing to do is to make sure that you choose the right knife for the job. Different knives and have different uses, and so it’s important to pair them up correctly. The best way to learn how to chop is to go along to a local cooking class to find out more. You’ll find out how to chop quickly without cutting your fingers as well as how to actually cut up some veggies where the angle of attack isn’t always apparent. 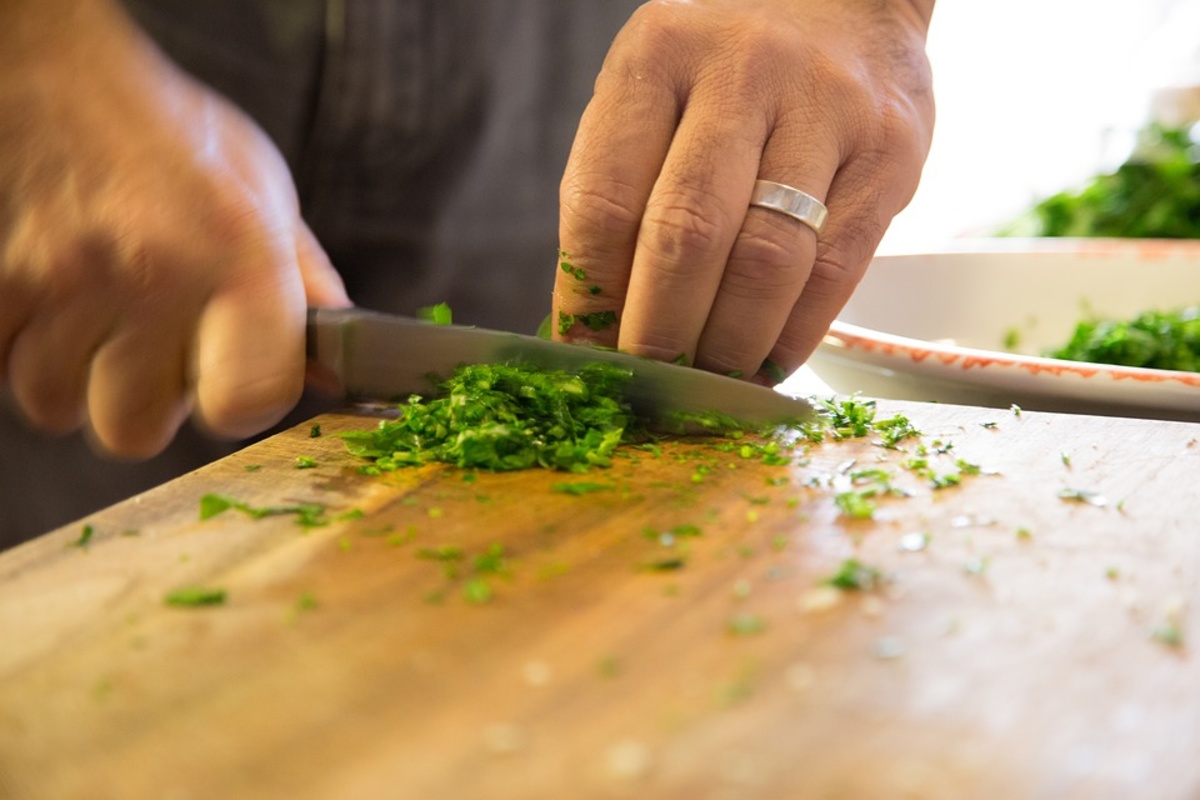