When I found out that I would be given the opportunity to speak to Arjan Stephens, Executive VP of Sales and Marketing of Nature’s Path Organic, and the son of the Founder, Arran Stephens, I have to admit that I was nervous. Should I prepare some hard-core questions, jot down notes or record our visit together?

My work in helping to spread the word about Veggie Fest, a vegetarian festival in Naperville, Illinois led me to this opportunity in getting to know more about Nature’s Path Organic. I knew about their brand of kid’s cereals called, EnviroKids, but it stopped there.

In researching Nature’s Path, I found out that not only are they a company with organic products, but they also strongly believe in selling products to consumers that are non-gmo (genetically modified organisms). In addition, Nature’s Path is a company that practices sustainability. Their “Minifesto” states, “We aspire to advance the cause of people and planet, along the path to sustainability. And we like to think we put our money where our mouth is. Or rather, where our heart is. Because growing organic, healthy foods in a sustainable way is our passion—the cornerstone of our family company. It’s where, and how, it all began.”

Nature’s Path has quite a great story. It started when Arjan’s grandparent’s purchased an organic berry farm in 1949. His father grew up there and later followed his entrepreneurial dreams and opened Golden Lotus, a vegetarian restaurant in Vancouver in 1967. In 1969, Arran married Ratana in India and started a family in Canada with four children, Arjan being the youngest. Nature’s Path Organic was born in 1985 and now a growing and thriving company with multiple brands of organic breakfast foods and bread.

Nature’s Path is also a company that gives back. Their Love Crunch Granola donates $1 of every US  to fund microcredit programs that help women lift themselves and their families out of poverty. In Canada, when you buy a box of Love Crunch, they donate one to the food bank on your behalf. It is clear that Nature’s Path is a company that cares about people on many different levels.

In meeting Arjan, I really didn’t know what to expect. I knew from the research I have done online about the company his parents grew, that it was a company worth spreading the word about. Honestly, I attended Veggie Fest with my two kids and I didn’t have any formal questions to ask him. I thought of just letting our meeting grow organically (get it!) and see where it takes me! 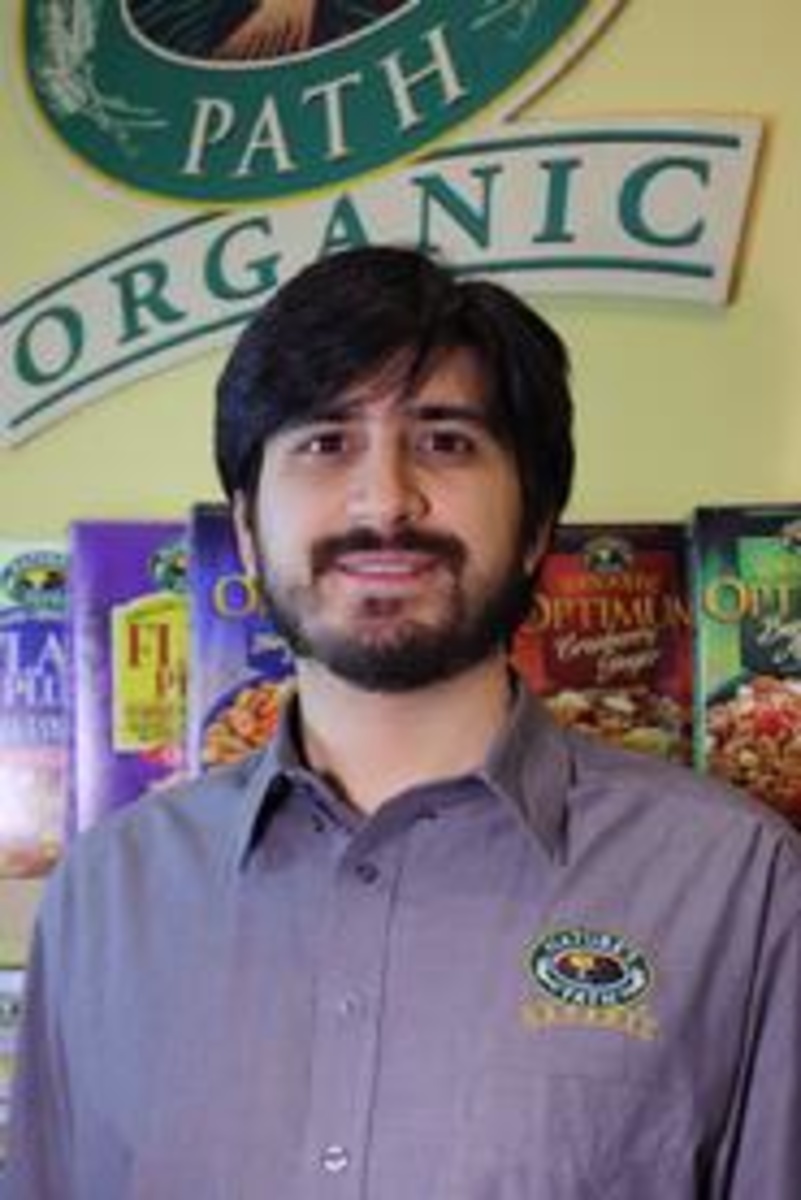 I imagined being introduced to Arjan Stephens would go a little something like this: He’d take me to the Nature’s Path booth, tell me to quickly ask some questions because he was too busy attending to more important veggie business, and send me off my marry way with a couple granola bars.  In fact, he approached me with such a kind heart, warm smile, shook my hand and even said that he had read my bio! I introduced him to my son, Elijah, who was so excited to meet him, and my daughter, Sofia who would’ve rather ran around the grass.

Arjan offered for us to get away from the crowd (the Nature’s Path booth was crrraaazzzyyy!), where we can pull up a couple of chairs and sit down for a conversation. Now, I was really nervous! What the heck am I supposed to say now?! I had ZERO journalistic questions prepared.

After sitting down in an area away from the all the buzz, Arjan and I started to, well, chat. I told him about my blog and some experiences I have had so far. We talked about food, organics, and being passionate about helping people being the best they can be in their eating and cooking choices. Nature’s Path is on the end of producing the cleanest and purest food they can, while I am on the other side of taking products and ingredients and showing people how to make great food with them.

While talking to Arjan, I first thought of what he thought of me and my non-questions, and second, I felt so inspired that to see that there are people out there who really care about what we put in our bodies. As consumers, we sometimes feel so powerless and taken advantage of by companies. Well, in fact, consumers have ALL the power to make the changes needed to help society get on the right track. Yes, organic food is not cheap. Even I have to choose which ingredients I’m willing to shell out more money for because I have a budget to stick to. It’s all about finding out what’s important to you and your family. In purchasing organic foods, you will be redeeming the rewards in your health in the future.

To learn more about Nature’s Path Organic and their brands, visit http://www.naturespath.com