The legions of turducken fans are growing by the day.  Many have messaged us saying they will never go back to regular turkey at the main holiday meals – mainly, Thanksgiving and Christmas. However, we still hear from many people saying that Turducken is not for them and often the reason they give is just not true.  Instead of heading into another holiday eating season defending the epic main that is the Echelon Foods Turducken, we thought we’d take a proactive approach and lay rest to some falsehoods. Doubters, ‘nay-sayers’, skeptics, and traditionalists take heed as we bust these common myths and misconceptions about the ultimate holiday feast – turducken:

Myth #1: I’ll Lose the Feel and Taste of a ‘Traditional Thanksgiving/Christmas Dinner’

Not so. Let’s start with aesthetics: the look of the Turducken roasting away in your oven is exactly the same as a turkey would look; the glorious smell of the roasting Turducken will fill your kitchen and house the same way a turkey would, and you can bring out the un-carved bird right onto your table for a presentation if that’s how you like to present it. It’s been said the best turkey you’ll ever eat is the turkey meat that comes from a turducken because of the other flavors ‘auto-basting’ the turkey meat while it’s cooking. The kids who won’t tolerate anything except the white breast meat can still find those pieces they’re looking for; the folks in your family who always go for the drumsticks or wings – those are there as well; and those of us who prefer the moist dark meat will have our preference too.  Point is, a Turducken does not take away from the feel or taste of a traditional holiday meal in any way – all the sentimental sights, sounds, smells, and tastes are still preserved. In fact, some would say the Turducken concept is the ultimate tradition (depending on how far back you want to go in history).  Several cultures celebrated holiday feasts with the concept of stuffing birds into birds as a symbol of abundance and ‘extra special’ occasions for feasting.

Myth #2: It Will be too Difficult to Cook

180 degrees from the truth.  Cooking a Turducken is actually way easier than cooking a turkey.  Let’s face it – it’s a fine line between a nice tasting, moist turkey and a dried out, over cooked turkey that you either need to drown in gravy or have a drink of water after every bite just to be able to swallow.  Some of the recipes and techniques, tricks and methods to cook the perfect turkey are not exactly convenient. There’s the intense brining method, hey who wouldn’t want a small bath tub full of salt water and a raw turkey in your fridge?  There’s the upside down method, by which the juices run down over and into the breast meat.  There’s the classic baste every 30 mins method (hope you didn’t have anything better to do that day), and even the ‘cook your turkey in a plastic bag’ method.  With a Turducken it comes totally ready to cook once it’s thawed.  No brining, basting, tying, shoving in bags, or special configuration needed.  The turducken will self baste from the inside out, and not need constant attention or effort so you’re free to prepare other side dishes and desserts.  Once the turducken reaches appropriate internal temperature, remove from oven, cover with foil for 20 mins, carve and serve. And speaking of carving, you can slice up a turducken as easily as a loaf of bread and you don’t need a thorough working knowledge of poultry anatomy to do a decent job.  Bottom line – turducken is EASY.

See Myth #1. If your kids like turkey, they’ll love turducken turkey, simple as that.  Plus, think how they’ll be able to brag at school the next week about what THEY had for holiday dinner!

Hold on a second. The duck plays a key role in the taste sensation that is turducken, true.  However, it is more by way of the duck juices running throughout and flavouring the whole bird than the specific taste of the duck meat.  And if someone was completely against tasting the duck meat, it is a darker colour and easily recognized on your plate. Verdict: you don’t have to like duck to like turducken.

Compared to what though?  Most people just look at the price of a turducken, and then look at the price of similar sized turkey – and yes, there can be a significant difference there.  But consider that a 10lb turducken is solid meat, and a 10lb turkey would have at least a third of that weight probably lost in bones and carcass, etc.  We encourage consumers to look at this in terms of price per guest.  If you had your family over for good T-Bone steaks for dinner, that would be about $8 per person; similarly prime rib $8 per person, or beef tenderloin $7 per person.  An Original Turducken will feed 12 – 15 adults which is a cost of about $5 – $7 per person!  Surely turkey will come out at a bit lower than that, but c’mon, it’s just turkey after all.

Myth #6: It’s too Difficult to Get One

Complete falsehood.  It has never been easier to access and enjoy an Original Turducken.  Established grocery stores and supermarkets are stocking them in most major centers across North America, AND they are available to anyone, anywhere for delivery to your front door step through online retailers.  For options on where to buy click here.

Not really.  Our turduckens are a little different than the caloric mountains of legend from Louisiana.  We only use chicken and duck skinless breast meat, which eliminates tons of extra skin, fat, and calories.  If you received your piece of turducken and decided to not eat the skin of the turkey itself, you’d be diving into some relatively lean protein there.  Our Chicken Apple turducken contains no pork of any kind, and is the favorite of many of our health conscious customers.

So there you have it.  7 turducken myths busted in time for the Fall and Winter holiday eating seasons.  And we didn’t have to blow anything up 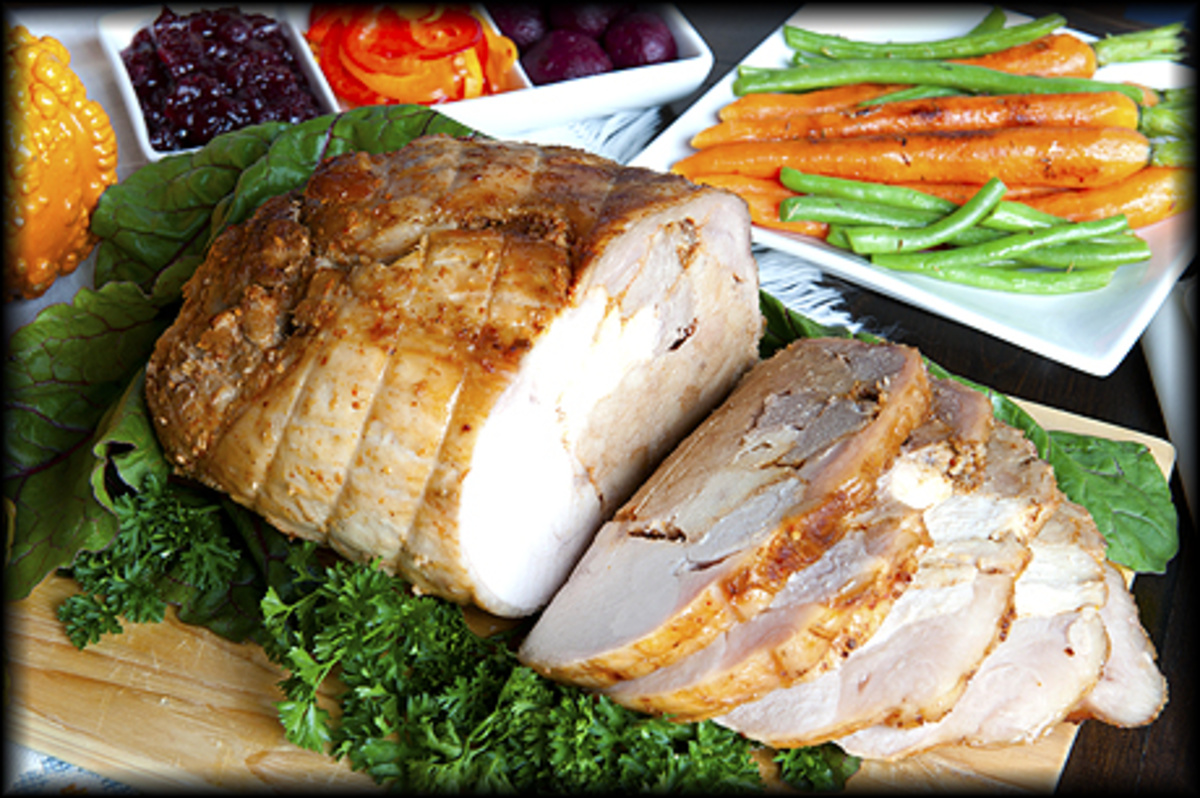 Phil Smolinsky
I have always cooked my turkey in a roasting bag, and it’s quicker and juicy. Why shouldn’t I use a roasting bag on my first ever turducken ?